This newborn shoot came during one of the busiest times of the year for me, Christmas.  I usually don’t schedule any newborn sessions after December 5th so as to give me time to get ready for the holidays, but things unfolded a little differently for baby Aliza.  I had spoken to her mother, Farah, a few weeks earlier while she was still pregnant about doing a newborn shoot and then hadn’t heard anything back.  It turns out that directly after we spoke she actually delivered her baby the next day early at thirty-five weeks.

Due to the fact little Aliza was a premature baby, her family was understandably more concerned with her development and well-being, so she had forgotten all about hiring a newborn photographer!  When I called to double check and see if she was still interested, she informed me that after all she had been through she had just assumed having portraits done of her newborn baby was just something she would have to forgo since it was the holidays.

But of course I told her that’s ridiculous and that I would make an exception and squeeze a photo session in for her.  First she suggested we do the shoot on December 20th at her house, but I informed here that I do all of my shootings here at my studio in Sandy Springs.  I just have too many newborn props, blankets, beanbags, wraps, and other photography equipment to transport around in my car.  I know some photographers provide ‘in home’ photo sessions for newborn parents, but I’ve always had a certain style and look in my photography that would be hard to achieve away from my studio.

We decided on December 20th, which is the latest I’ve ever done a newborn shoot!  Five days before Christmas!  Needless to say I had Santa, pecan pie, relatives, and newborn props on my mind all at the same time!  That was really our only choice since waiting until after New Year’s would have put us way past my fourteen day cutoff for photographing babies.  Newborns need to be sleeping and still easy to mold into those wonderful little poses and that’s something that becomes extremely difficult as you move away from those first couple of weeks of an infant’s life.

In the end our shoot with Aliza came off wonderful and the pictures turned out beautiful.  She was a perfect subject and slept soundly with dreams of sugar plums and candy canes drifting through her mind through the whole session. 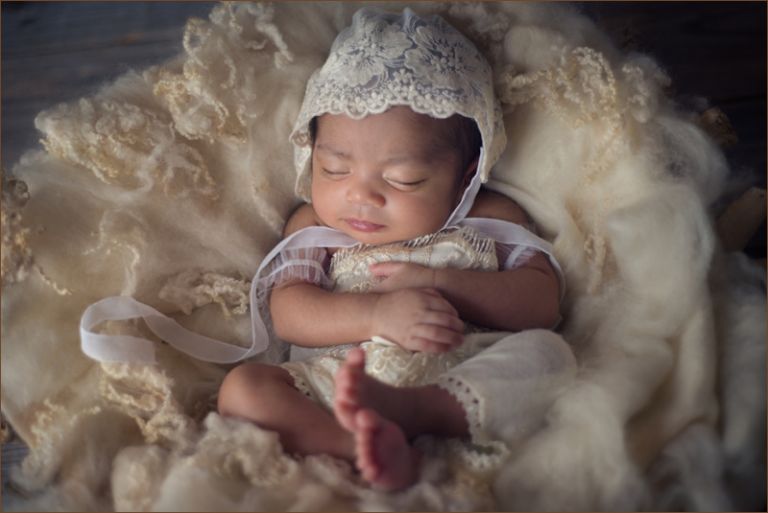 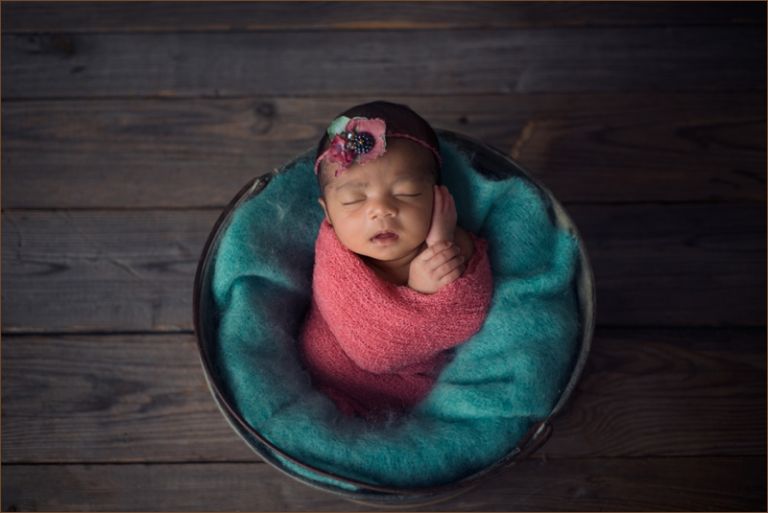 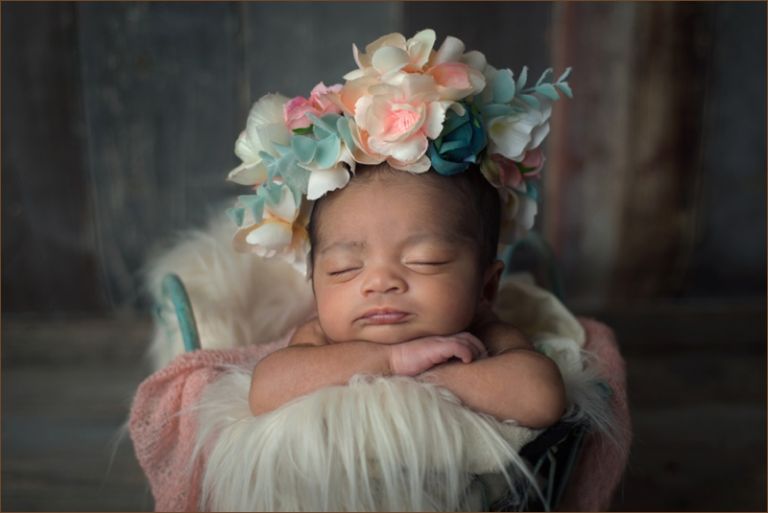 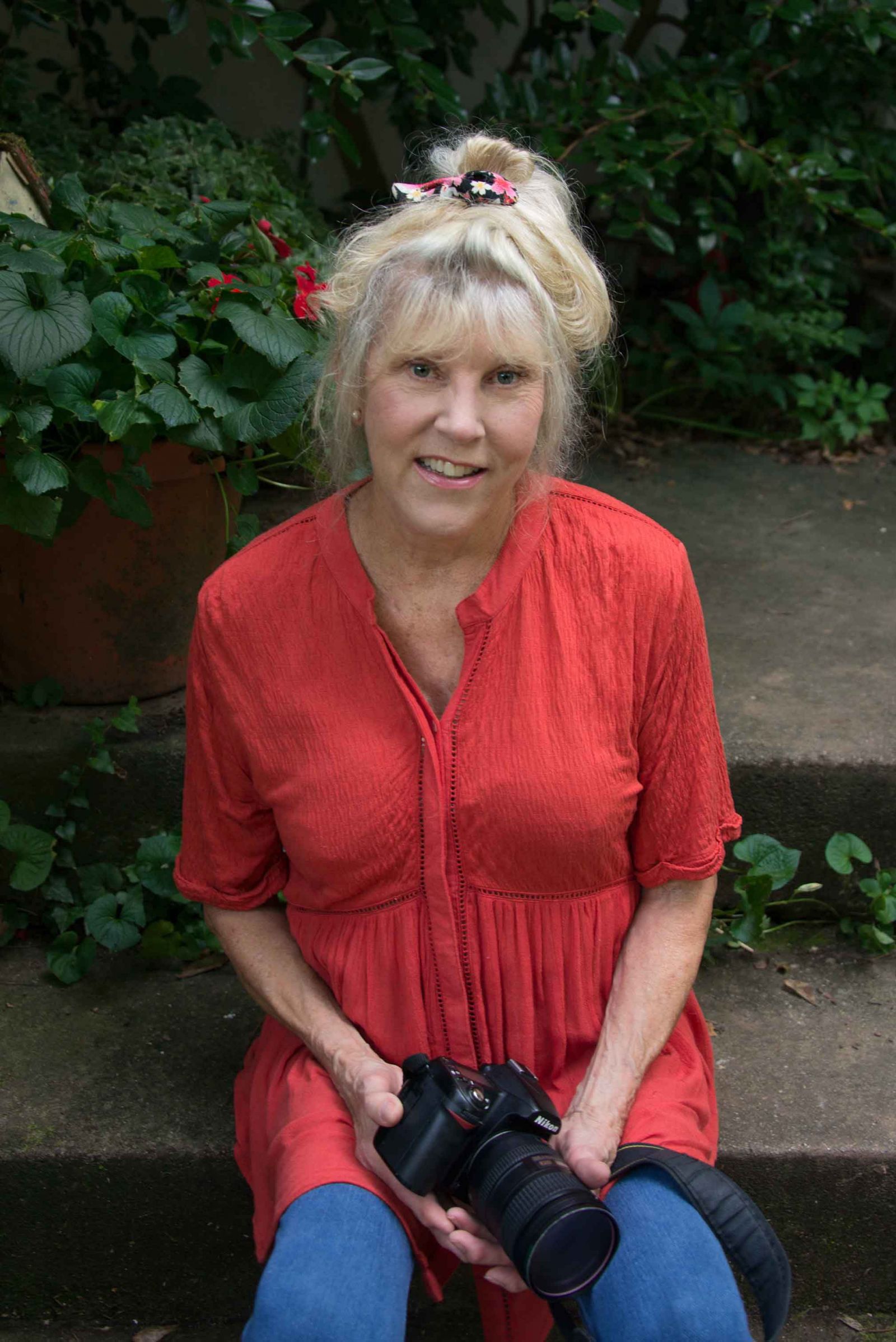 Beverly Hall is a newborn and baby photographer located in Atlanta, Ga. If you value beautiful, unique imagery, and are interested in capturing these special moments in your little newborn's life, please contact me!

For more details on the process see The Newborn Photography Experience .